Christopher Samba for the Independent on Saturday – Sports

I was lucky to photograph Blackburn Rovers captain Christopher Samba last week. I say lucky, as sometimes, in fact more often than not, footballers aren’t the easiest guys to get portraits off, five mins is usually as long as you get! Christopher on the other hand gave us as much time as we needed so I was able to get pix during the interview & some afterwards too. Amazing life story too, click here to read interview. 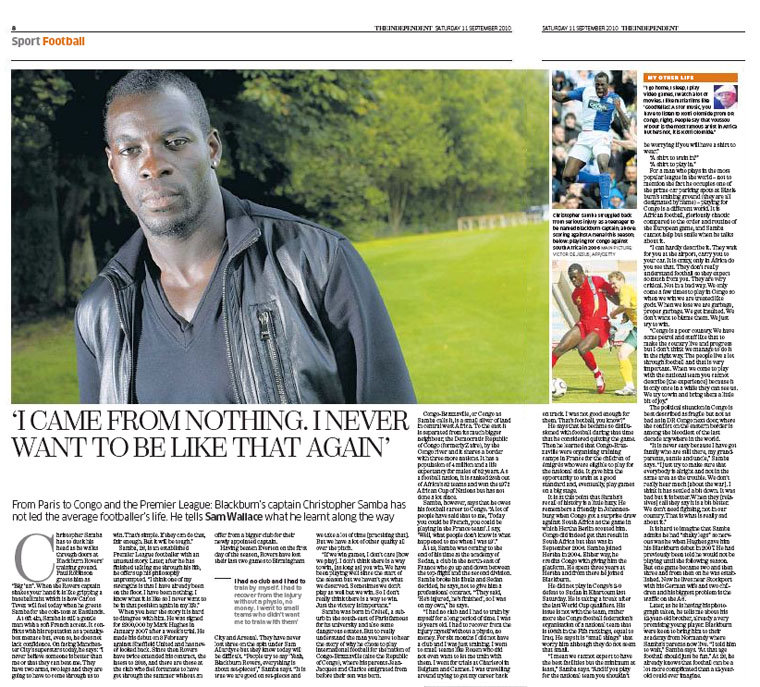 « Show Time!! My picture story in The Independent Magazine, words by Christopher Hirst. UK’s longest graffiti mural at the University of Bradford »